News & Things To Do In Rome

Upcoming events, news, interesting snippets and things to do in Rome... 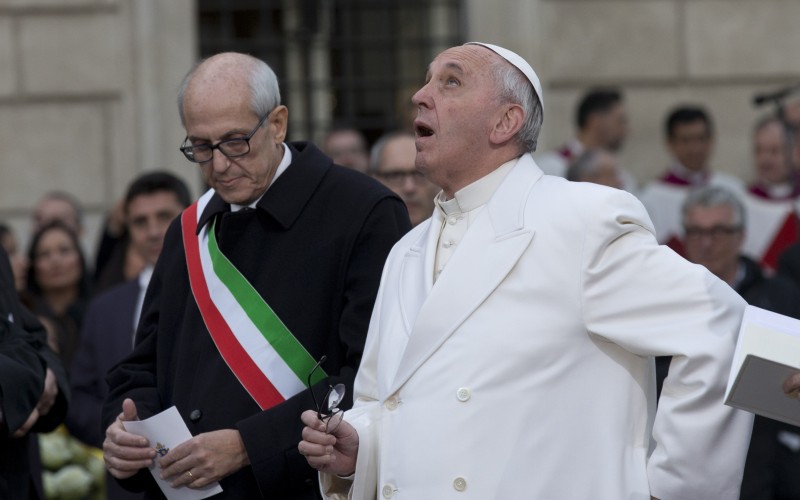 For those who would like to see the Pope at the Spanish Steps of Piazza di Spagna for the Solemnity of the Immaculate Conception 2017, then please keep reading.

Each year, on the Solemnity of the Immaculate Conception, the Pope makes his way amongst the crowds to the Spanish Steps area of Rome, renowned for its designer boutiques and lively commercial atmosphere on the run up to Christmas.

Here, amongst the din of shoppers, Pope Francis venerates the Column of the Immaculate Conception in Rome.

This 19th Century monument depicting the Blessed Virgin Mary crowned with 12 stars with the moon at her feet and standing at the pole of the Earth, is a great symbol of the purity of Mary.

The statue commemorates the dogma (teaching that all Catholics must believe to be Catholic) promulgated by Pope Pius IX in his bull Ineffabilis Deus which affirms that Mary’s conception was immaculate.

In other words, Mary was conceived without the stain of original sin.  The only other 3 human beings with this honour are Adam, Jesus and Eve.

One of the highest feasts in the Catholic Liturgical Calendar, Pope Francis will venerate this statue to honour the Virgin and give glory to God for his gift.

Therefore, at 4pm on 8th December 2017, Pope Francis will begin the ceremony at the Column of the Immaculate Conception near Piazza di Spagna which culminates with the crowning of the statue.

Many locals & tourists flock to see the pope and venerate Our Lady, so we recommend going early to make sure you have a good spot.  No tickets are needed.

The atmosphere is always great and you have a real sense of the proximity of Christmas.